Following up on our New Year's Day newsletter, in this post, we take a quick look back, as well as a look ahead and what the new year holds in store for the Daytona Beach real estate market.

2014 was an encouraging year for the Daytona Beach housing sector. Housing nationwide found itself on a bit of a roller coaster.

2014 kicked off with the "Polar Vortex" blamed for slowing home sales in the early part of the year. As we close the door on 2014, the National Association of Realtors says sales of previously owned homes fell short of 2013's total, while the latest monthly data on new homes show sales were up just 1.8% from a year earlier. Meanwhile, price gains for previously owned homes have slowed significantly. Still, builder confidence in the market for newly constructed, single-family homes has been high for six straight months.

Economists say the Daytona Beach housing market is showing mixed signals because it's normalizing, leveling off after a much more rapid recovery last year that was simply unsustainable. 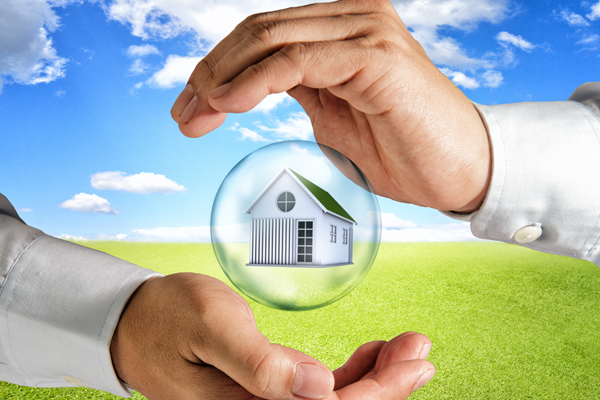 What to Expect for Daytona Beach Housing in 2015

Daytona Beach home prices didn't increase as fast in 2014, and they are expected to stick to that trend into the new year. Easing housing inventory levels and the exit of investors from the market are helping to put the brakes on home-price escalation. This change represents a fundamental shift in the market: We seem to have moved out of the rapid recovery phase and into a new normal. Gone are the double-digit gains of 2013. The National Association of Realtors predicts an annual gain in home prices of 4 to 5 percent in 2015.

The home buying process should get a little less hectic in 2015, thanks to eased inventory and credit plus the exit of investors from the Daytona Beach housing market. Since the recovery began in earnest in late 2012, buyers have really taken it on the chin, forced to contend with low inventory, tight credit, bidding wars and intense competition from investors and all-cash buyers.

The Mortgage Bankers' Association predicts that rates will rise to 5% by the end of 2015; Freddie Mac's chief economist Frank Nofthaft expects a more cautious average of 4.5% in 2015. The MBA says there is plenty of reason to believe a short-term fund rate hike could come by mid-2015, pushing mortgage interest rates up with it. Still, last year economists predicted that mortgage interest rates would hit 5% by the end of 2014—and yet the average rate for a conventional 30-year, fixed-rate mortgage stood at just 3.93% last week, compared to 4.42% one year earlier. For most of 2014 interest rates were flat or declined. A great reminder that economists can make their predictions, but we wouldn't recommend anyone bet the farm on their forecasts.

Rents likely will continue to keep rising in the new year, and many housing analysts predict that an increase in rental costs in 2015 will outpace annual home-price gains. The rental market will likely remain a “landlord’s market” in 2015, with vacancy rates expected to stay below 5 percent in the new year.

More people are expected to try to sell their homes in 2015 (and Realtor.com predicts that existing, or previously owned, home sales will grow 8% in 2015). The entry of these previously owned homes onto the Daytona Beach housing market could suppress the demand for more expensive newly constructed homes. Many Millennials forming their own households will need to save for a down payment before buying, so they'll rent instead of buying new homes. The vacancy rate for single-family homes is still near its recession high, which is likely to further depress construction of new single-family homes. So builders will continue to meet the demand for apartments–and multifamily housing could have another strong year, and builders are expected to shift to building less expensive homes.

Foreclosure filings have been on the decline this year and are expected to continue their descent well into 2015. The only uptick has been in foreclosure auctions, which are up 5 percent in November compared to one year earlier. Foreclosures will likely fall to pre-crisis levels in 2015.

Stay tuned as we wait to see how many of the 2015 Daytona Beach housing market predictions actually come true, and how many of them we'll be looking at this time next year and saying, "Don't believe everything you hear from economic forecasters."