Among several housing-related stories making the news around here locally asks the question, Is there a Daytona Beach housing bubble in our future? Before we can attempt to answer the question, let’s define what is meant by a “housing bubble.”

What exactly is a "Housing Bubble?" 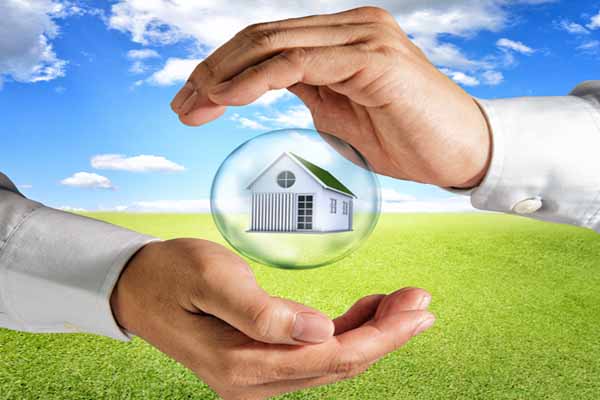 While the definition certainly sounds like what’s been trending in the housing market lately, let’s look at several reasons there isn’t a Daytona Beach housing bubble on the horizon.

Average home prices are currently higher than they were in 2007 in more than 20 major metropolitan markets. In addition, larger cities with limited home inventory of both new and existing homes are seeing prices rise as high demand continues. Home sales throughout the nation recently reached the second highest level in more than 10 years, according to the National Association of Realtors. Despite these occurrences, some housing analysts say any “bubbles” that may exist are relegated to certain local markets, and the bubbles haven’t created the financial risk inherent with the housing boom of roughly 10 years ago. The earmark of the housing bubble that occurred during that time period was the easy availability of credit – highlighted by borrowers that should not have qualified for mortgages they received.

Still, the housing market is nowhere near where it was during the housing boom – and the resulting bust – that made just about every city's real estate news almost daily.

While mortgage interest rates are near record lows and the affordability of housing is still high, absent are the speculative buyers driven by easy credit availability. During the boom, many of these speculators were investors seeking to make a quick profit. In addition, the lenders who fueled that speculation along with making credit available to non creditworthy borrowers have long since learned their lesson, it appears. So, too, have the mortgage lending regulators, who have implemented a range of policies and procedures to better safeguard lending institutions from violating lending practices that may repeat history.

Experts say definitive housing bubbles are a rare occurrence. Despite some of the warning signals that exist in today’s market, the truth of the matter in today’s Daytona Beach real estate market is, there are just as many other factors that are non-existent.

A great number of well-respected economists have studied and tracked housing bubbles. Most of them agree that when a market bubble occurs, home prices increase slowly to being with and gain traction and momentum in time. During this rise in prices, the home buying public is usually skeptical and unfazed initially. Economists say they’ve seen the same sorts of bubbles in other markets – stocks, commodities, futures, even art and wine. Over time, the initial skepticism morphs into a semi-acceptance by the buying public, as they witness prices being pushed even higher, or as the name implies, the bubble gets bigger.

As the low cost and high availability of mortgage credit gives the bubble a greater opportunity to continue to grow, it invites new participants. Many of these new purchasers, or speculators, are less credit-worthy and less savvy than typical real estate investors. However, they all have one thing in common – they all envision selling their newly-acquired real estate properties at a profit – fueled by the higher prices they feel they can command. This increased speculation can grow at such a rapid pace that the news may imply “the sky’s the limit” when it comes to housing prices in such a market. The result? Investment growth expands so much that it increases the housing supply, which in turn exceeds the existing housing demand. When supply outweighs demand, prices fall – or in this case, the bubble bursts.

Economists argue that what’s missing in the Daytona Beach housing bubble equation is widespread participation on the part of the buying public. Gone are the days of flipping condos in popular locations. Gone, too, are the mortgage loans made on homes that exceed their value. The biggest change is that borrowers with poor credit aren’t able to borrow money as easily as they were during the housing boom and resulting crash. A case in point is the simple fact that it’s difficult, at best, for a homeowner who is still underwater on his mortgage to refinance.

Some real estate analysts say they expect certain changes in the near future to occur that may burst any regional, localized Daytona Beach housing bubble that may exist. They cite potential interest rate increases by the Federal Reserve as among such events. However, they are quick to point out that the banking system today – unlike the real estate news of a decade ago – isn’t overwhelmed with sub-prime mortgages. In addition, most banks aren’t leveraged to the success of the real estate market anywhere near the degree that many were years ago.

Simply put, the existing housing market issues aren’t severe enough to spark another recession – at least not one of national proportions. Most economists agree that there may be a series of “mini-recessions” that are locally or regionally based and will only affect the players in high-end residential or commercial real estate. That bubble – if it can be called a bubble – will likely burst.

In the meantime, there will be expected fluctuations in housing market supply and demand. New home construction will continue to try to keep pace with the demand for new products and new home innovation at prices average American families can afford. And while interest rates may not stay as low as they have been, there’s little reason to believe that mortgage availability will suffer for the time being. Comparatively speaking, while there are some similarities in the true definition of what a Daytona Beach housing bubble is, the simple truth is that the U.S. is no where close to the dire straits the housing market found itself in just a short decade or so ago.